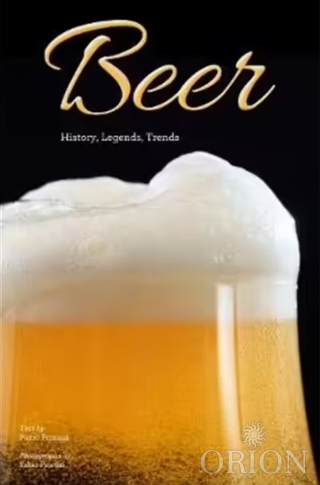 This book brings to the reader the ancient story of beer, presenting ingredients and methods of production, which for the most part have not changed in Centuries, and accompanies the reader in his discovery of ten types of beer made in the principle beer-making traditions around the world.

The book reveals many trade secrets and recommends beers that are unknown to most people: salty, smoky, true to medieval recipes, or recently created by daring independent brewers.
Stunning pictures of still-life and food expert Petroni will allow the reader to merge into the refreshing world of beers!
About the Author

Fabio Petroni, after studying photography, worked with some of the best-known professionals in the sector. His career has led him to specialise in portraits and still lifes, fields in which he has demonstrated an intuitive and rigorous style. He has published several titles for White Star Publishers