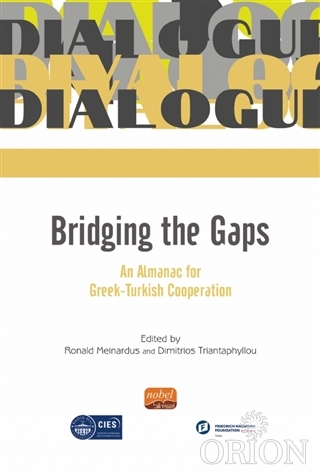 Bridging The Gaps An Almanac For Greek-Turkish Cooperation

This book is a labor of love inspired by the continuous interaction and interaction between young Greek and Turkish participants in numerous forums that the two editors have nurtured for close to a decade. In an international order dominated by hostility, distrust and negative stereotypes, dialogues across borders are a positive response. The conflict between Greece and Turkey is considered one of the most complex conflicts in Europe, and possibly beyond. For decades, the bilateral strife has repeatedly led insecurity as well as periodic violence and war. Also, in this part of the world, the past weighs heavily on the present. What happened long ago determines what happens today and may stand in the way of a peaceful future, or even in imagining one. Conflicts bedevil the bilateral relationship on multiple fronts. As in other cross-border rivalries, we are witnesses to dynamic developments as new contentious issues have emerged to complicate the agenda.

With an eye on what the two sides can do together; this book presents original research co-written by at least one Greek and one Turkish scholar with the objective to provide policy recommendations that could help in bridging the gaps to enhance Greek-Turkish dialogue and cooperation.