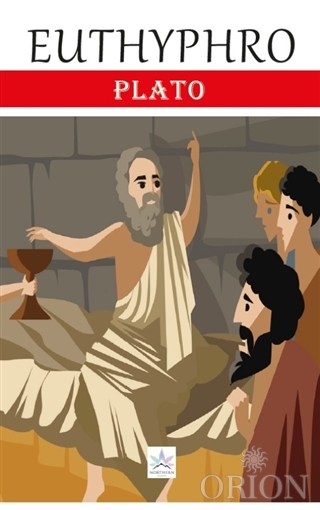 Euthyphro, b by Plato, is a Socratic dialogue whose events occur in the weeks before the trial of Socrates (399 BC), between Socrates and Euthyphro. The dialogue co­vers subjects such as the meaning of piety and justice. As is common with Plato's earliest dialogues, it ends in aporia.

In this dialogue, Socrates meets Euthyphro at the porch of the King Archon. Socrates tells him that he is preparing to go to court against the charges of Meletus on the grounds of impiety. Euthyphro tells Socrates that he is going to court himself to pro­secute his father for binding a worker in chains and leaving him to die. This has granted him the ire of his own family who believe his father was in the right. The worker had killed a fellow worker and this they believe, exempts them from liability for leaving him bound in the ditch to starve to death. Since Euthyphro seems assured of himself, Socrates asks him to define piety. His help will clarify Socrates' case in the courtroom. If Socrates is asked to define piety, he can simply rely on Euthyphro's definition.