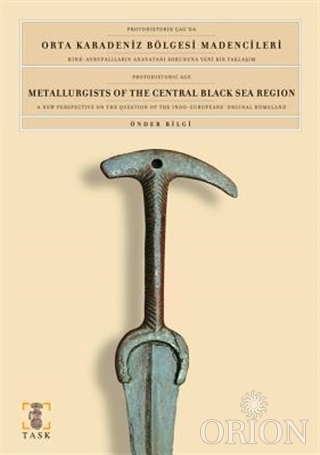 In recent years Eastern and Western researchers involved in the attempt to ascertain the original homeland of the Indo-Europeans, a long disputed issuie, have put forward the daim, on the basis of independent studies especially taking into account linguistic data, that the Indo-Europeans' original homeland was Anatolia. The claims made by linguists that the Indo-Europeans or their oldest and well-known ancestors, the Hittites, wer e natives of Anatolia, i. e. t hey di d not migrate to Anadolia at the beginning of the sn d Millenium BC, but lived in Anatolia from the beginning, at least from the Neolithic onivards, and ivere in Anatolia before the people of Hatti have been supported by archaeological data, which has been gained from the excavations at Ikiztepe near Samsun and by the recent researches at Samsun, Sinop, Amasya and Tokat Museums and surveys in the Central Black Sea Region, ali conducted by Dr. Onder Bilgi, a professor of Western Asiatic Archaeology and Protohistory, on behalf of the Istanbul University and the Turkish Mini s t ry of Culture. The Research Fund of the Istanbul University, the Turkish History Association and the Turkish Automobile Touring Club ivere also the other financial supporters the project of this scientific research.