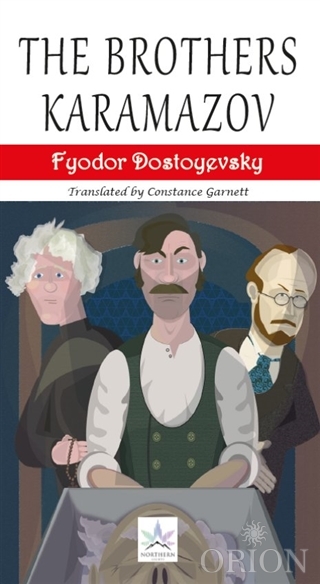 The Brothers Karamazov (Russian: ???? ??? ??????? ????, Brat'ya Karamazovy, pronounced ['b­rat?j? k?r?'maz?v?]), also translated as The Kara­mazov Brothers, is the last novel by Russian author Fyodor Dostoevsky. Dostoevsky spent nearly two years writing The Brothers Karamazov, which was published as a serial in The Russian Messenger from January 1879 to November 1880. Dostoevs­ky died less than four months after its publication.

Set in 19th-century Russia, The Brothers Ka­ramazov is a passionate philosophical novel that enters deeply into questions of God, free will, and morality. It is a theological drama dealing with problems of faith, doubt and reason in the context of a modernizing Russia, with a plot that revolves around the subject of patricide. Dostoevsky com­posed much of the novel in Staraya Russa, which inspired the main setting. It has been acclaimed as one of the supreme achievements in literature.