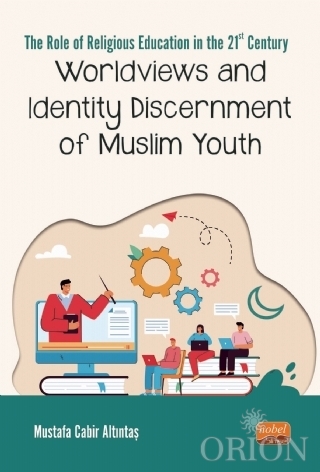 This book extends the growing body of literature around the role of Islam and Islamic education in the lives of Muslim youth, and the qualities and skills needed to facilitate effective religious education among young people. İt explores Muslim youth within their religious and cultural settings, and it also examines their subjects and problems to bring a critical approach and a new understanding. İt investigates the Muslim identity from different perspectives and considers whether this identity has its roots solely in religion or whether it also emanates from the interplay of a variety of social forces, such as secularism, modernism, and postmodernity.

This book is one of the few studies that contributed to the field using Worldview Theory. The importance of this book is enhanced by the fact that in Turkish society most of the challenges in the life of religious individuals have usually been confronted with formal religious considerations such as whether they conform to Islamic proclamations or not. Thus, the findings of the study may contribute to the development of new pedagogy and curriculum in religious education, particularly in secondary schools. The book contributes to the literature about religious education, typology of youths' worldviews, identity and culture, and advances knowledge that has the potential to create greater social cohesion in Turkey.